Joined Mar 8, 2011
·
43 Posts
Finally getting around to working on this as I have just been stocking away parts for a couple months now.

Some background. I originally had a 3.0 second gen 4runner, blew up the motor and replaced but ultimately ended up selling that before I ever got around to a real build on it. Ended up in a Silverado and now a Power Wagon on 37s. Been wheeling the wagon for a couple years now and rather than continue to smash up the nice truck ended up picking this 86 4runner up for penny's. 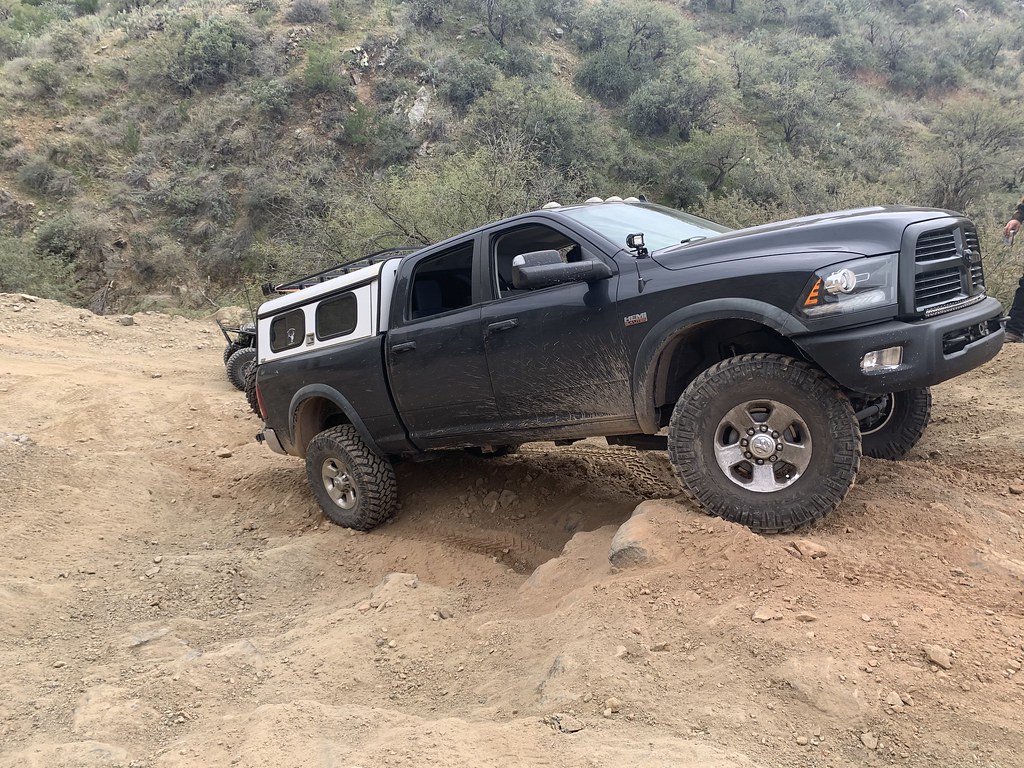 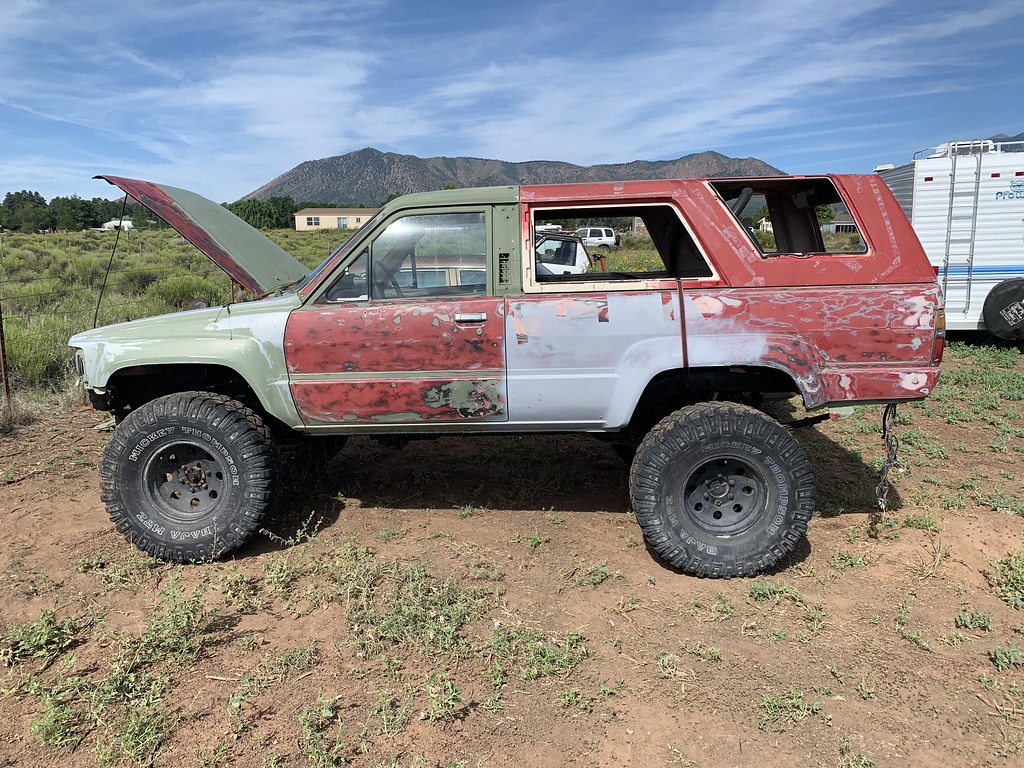 Plan is to build it as a cheap wheeler to start. I already have a geared D44 front to start the sas. Matching it with a rodeo D44 a friend gave me, just need to gear the axle to match (5.38) and weld or find a locker.

Picked up some front TG leafs second hand but new/unused and got some jy chevy 63s as well as found a never used pile of Sky's Offroad full width swap parts for $100. Just need to finish machining the knuckles on my friends mill. Also picked up a W56 2.28/4.7 doubler to go in. The 4runner was originally a manual but someone swapped and a340 in at some point.

Original 22re had the #4 rod bearing destroyed and found that water got left in the #2 and #3 cylinders destroying the walls. Got a new block and did a cheap rebuild. 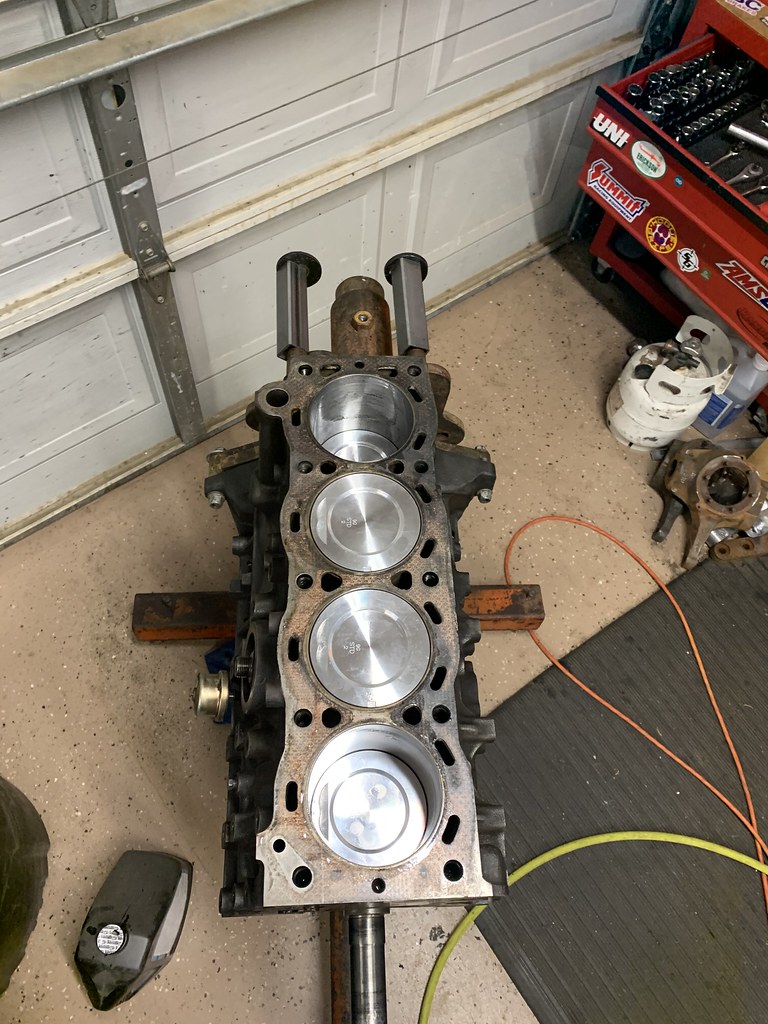 OOP'S;22004698 said:
Just because they art tight, does not mean they are good. Have you tried lubing them?
Click to expand...

Joined Mar 8, 2011
·
43 Posts
Motors together and resealing the duals currently. The 4runner is at a friends house about 2.5 hrs away while I move, hopefully getting it in the new garage and start cutting in the next couple weeks

Joined Mar 8, 2011
·
43 Posts
Been a slow process on this truck. I did finally get a chance to go pick it up from a friends about 2 hours away and get it in the new garage. Still need to get the welder and plasma wired in. 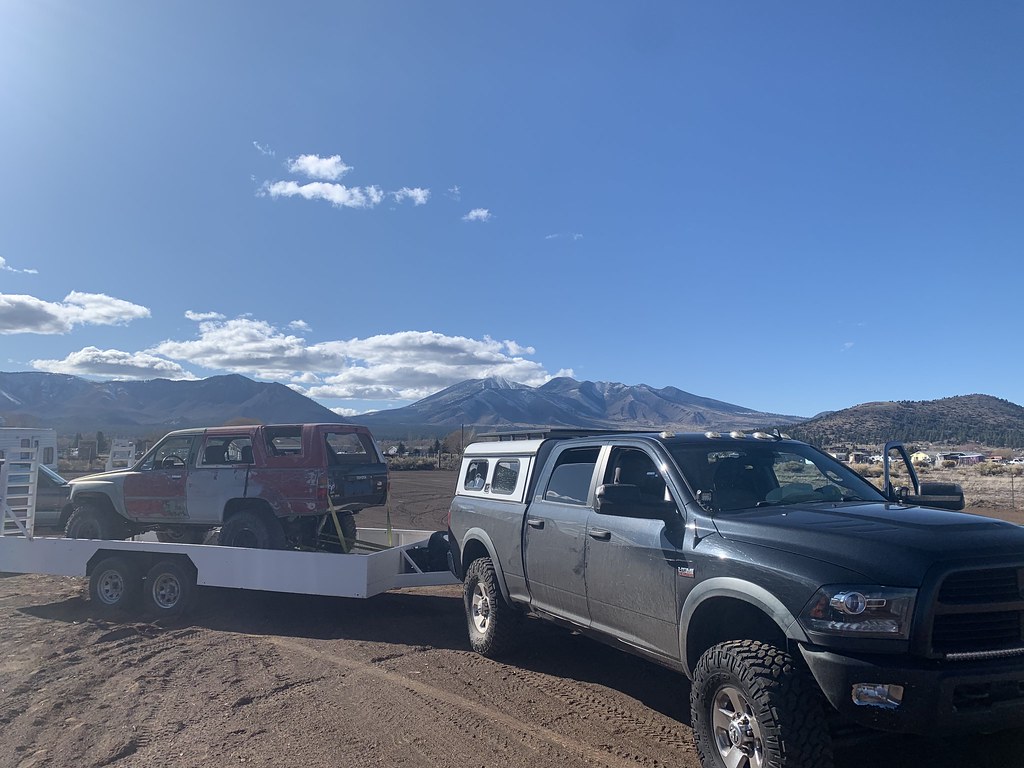 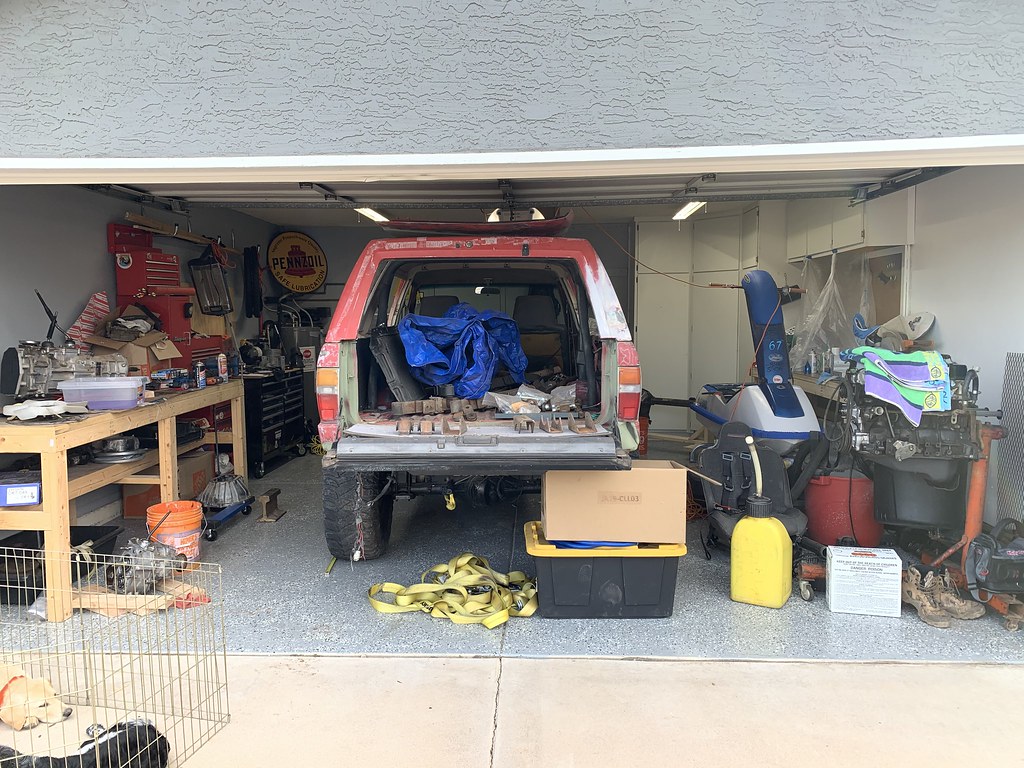 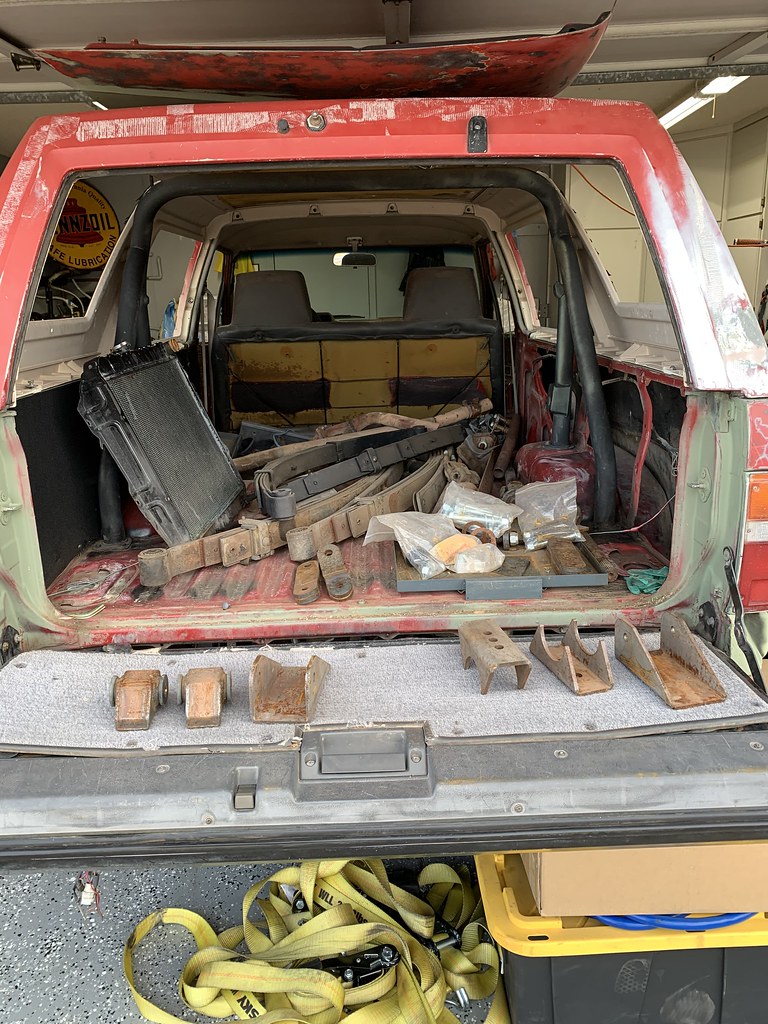 Gutted the whole interior to get the cage as tight to the body as possible. 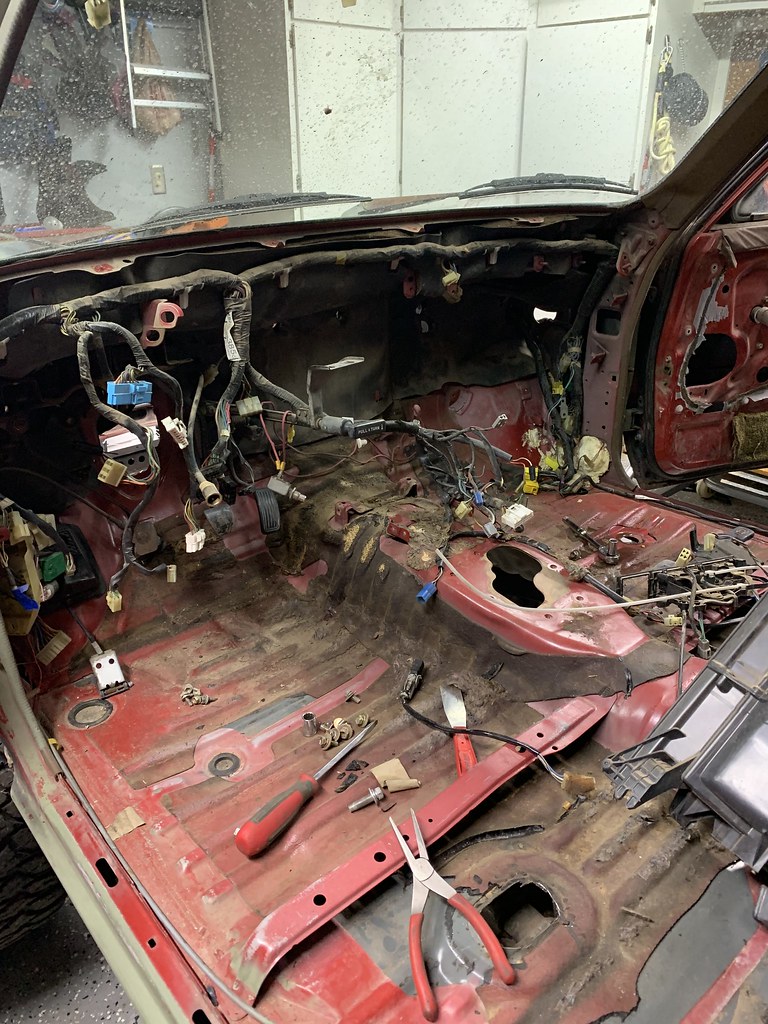 The rear 63's are almost done. Need to gusset the front mounts and finalize the rear crossmember. Waiting on some u-bolts to mount the axle up and flex it out. 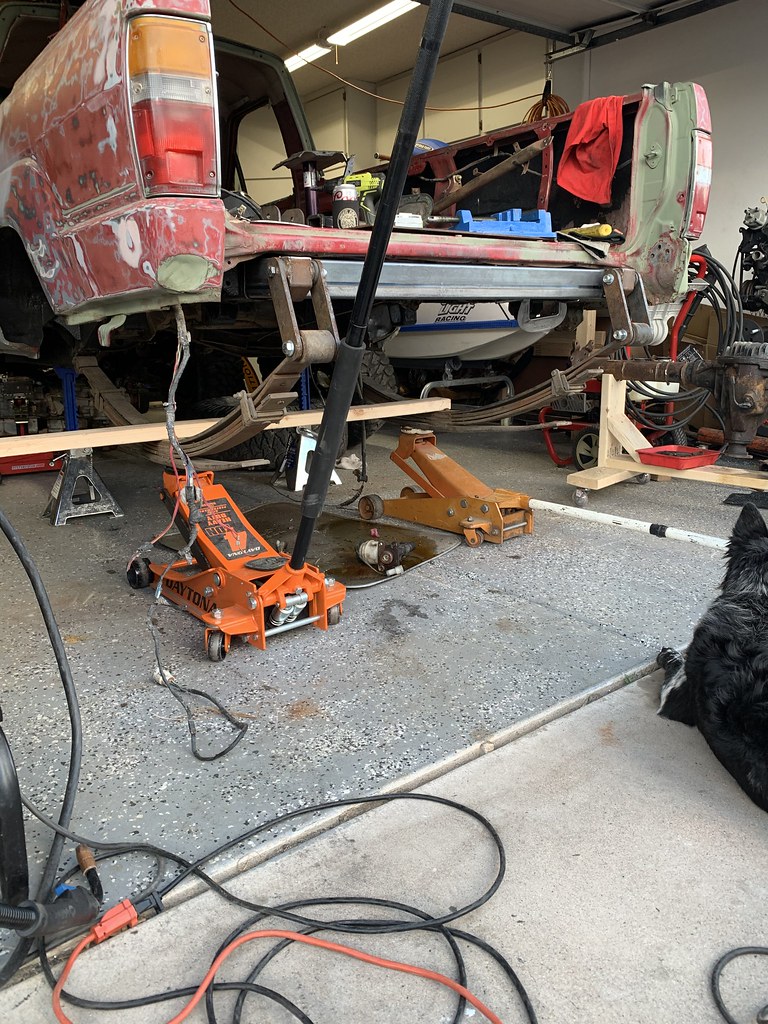 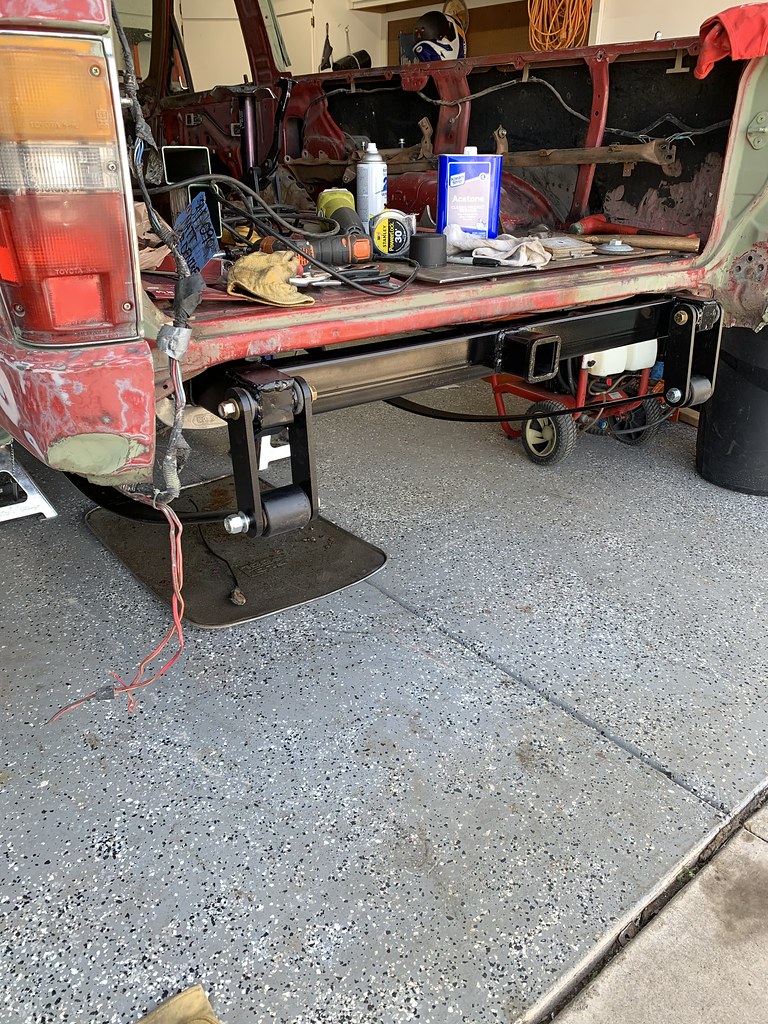 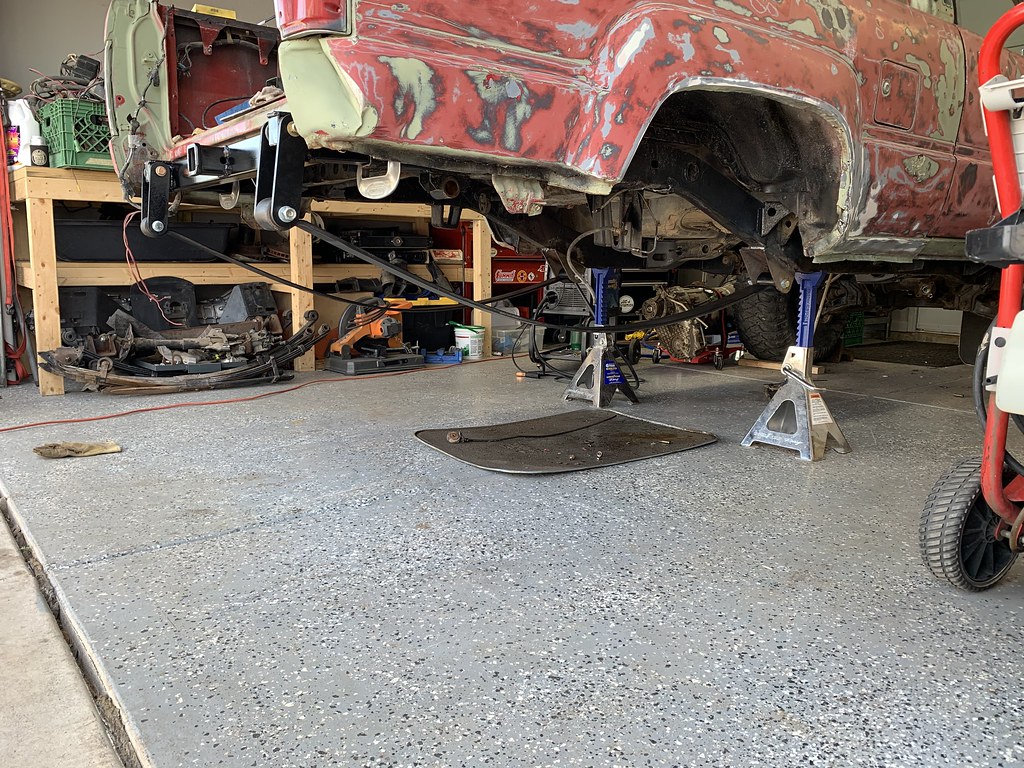 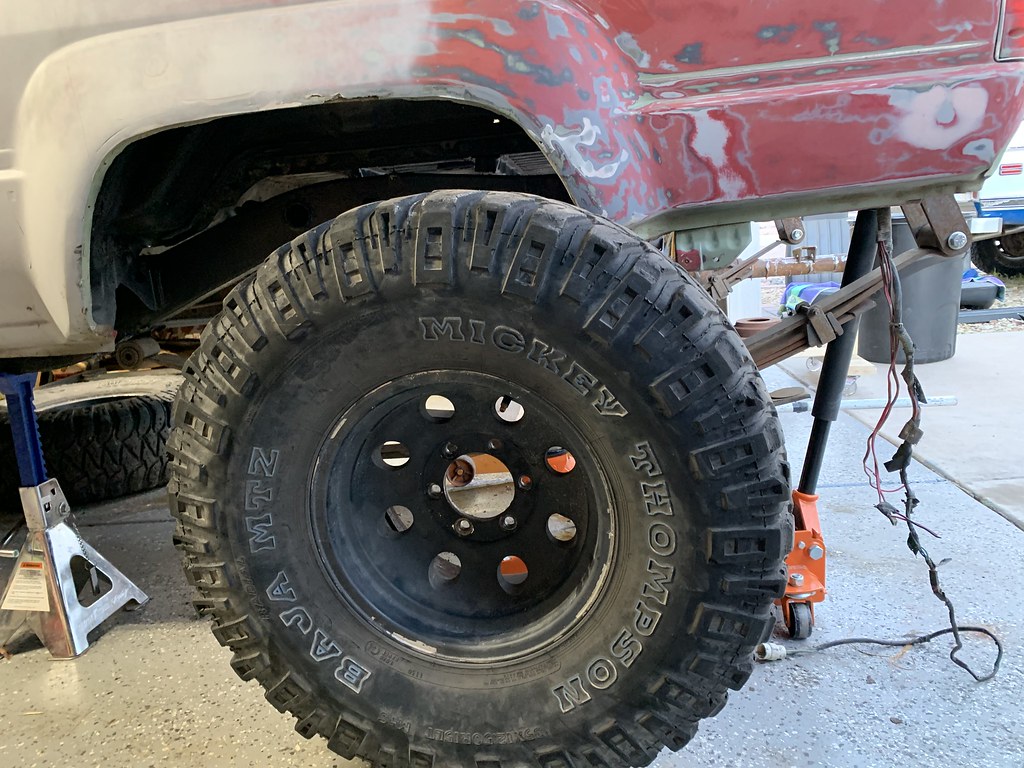 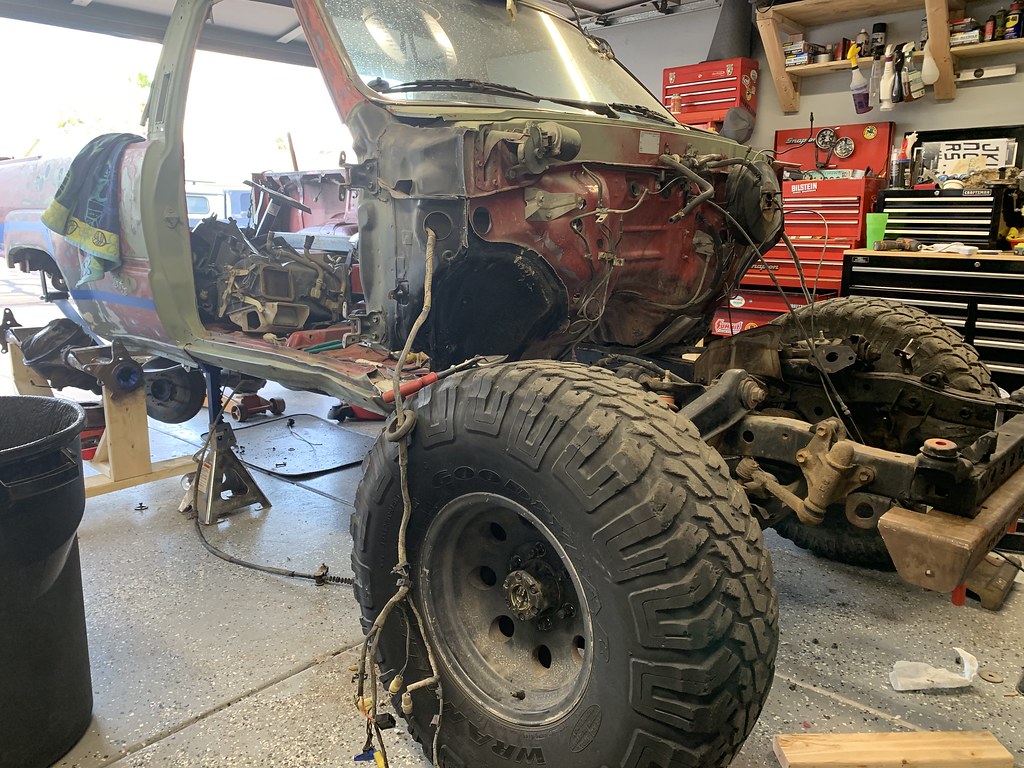 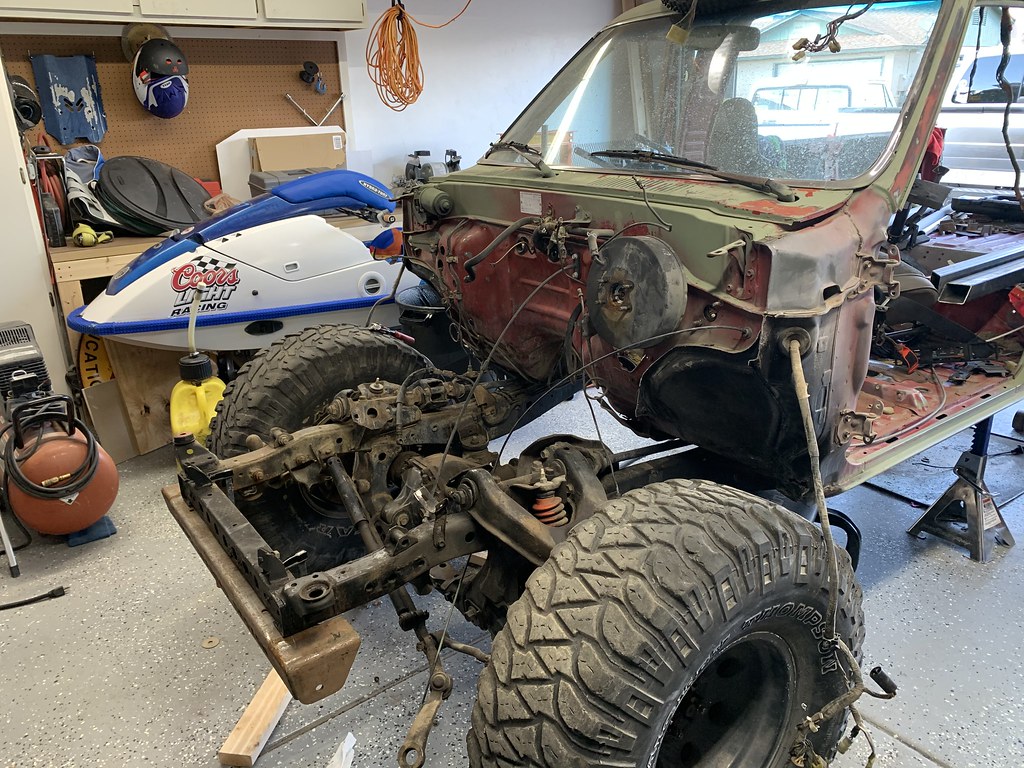 The rust that started the plan for mini boat sides. going to cut the rockers out to just below the bottom hinge on the door. Probably cut and cap the bottom of the door down the road if I feel like I want doors. 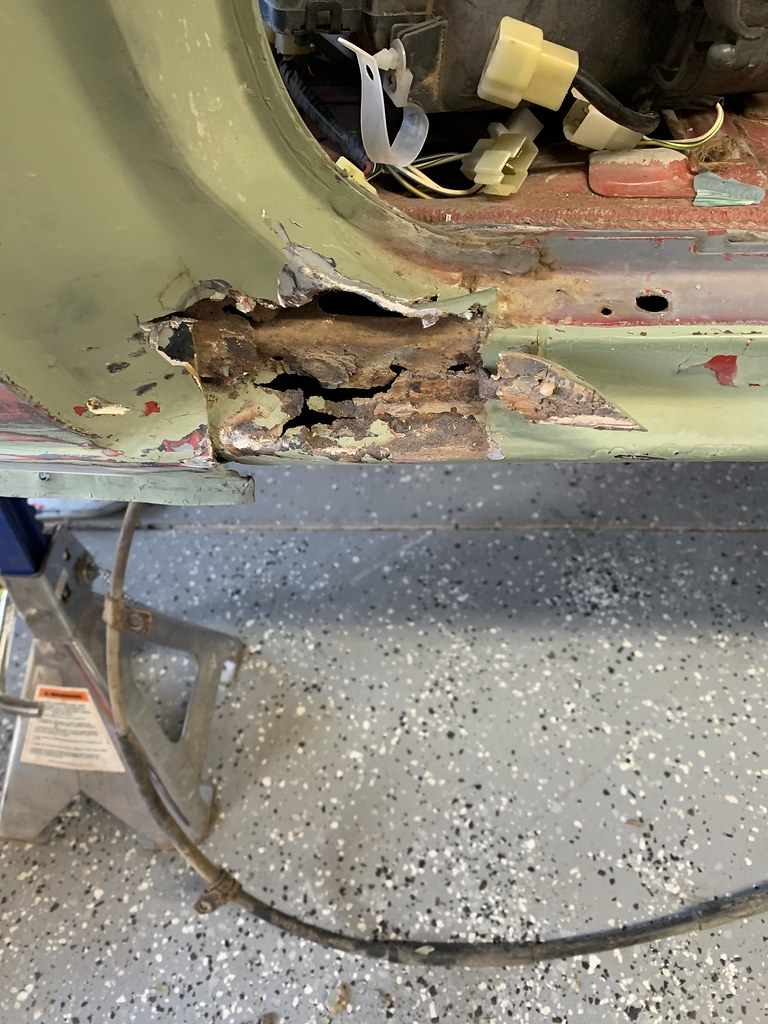 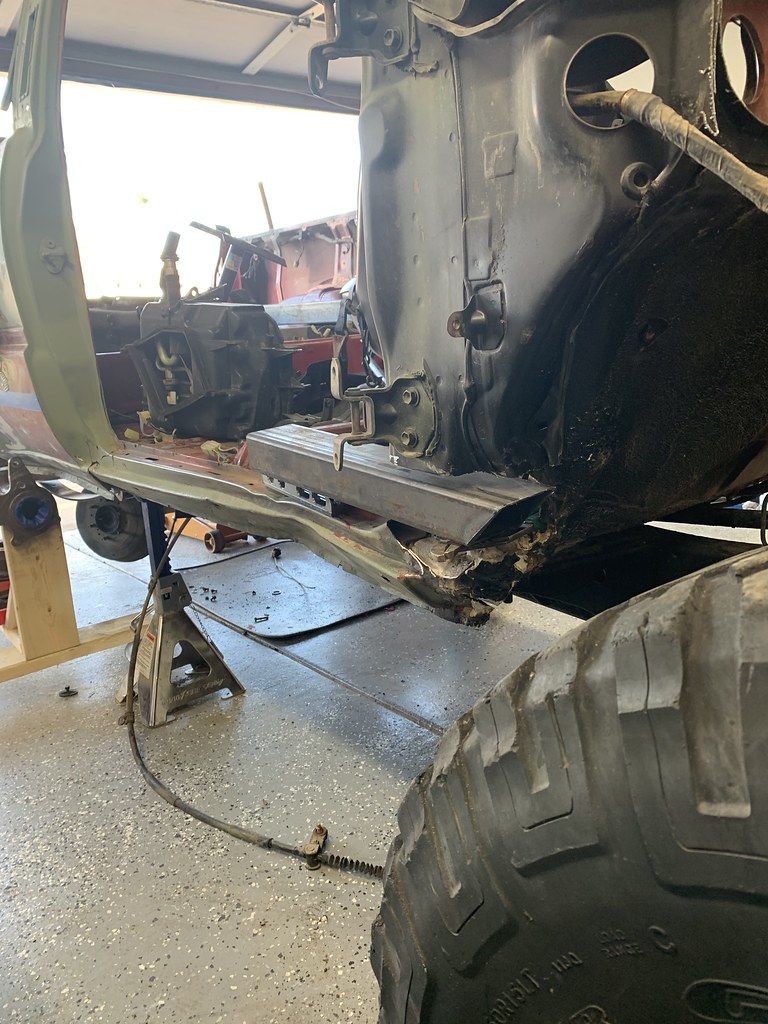 Trying to figure out how to stretch the rear sheetmetal. Will need to find some bedsides at the junk yard eventually to fix the wheel wells. found several layers of tar roof paper covered in sealant in both rear lower quarters. Interesting fixes in the trucks 34 years of life 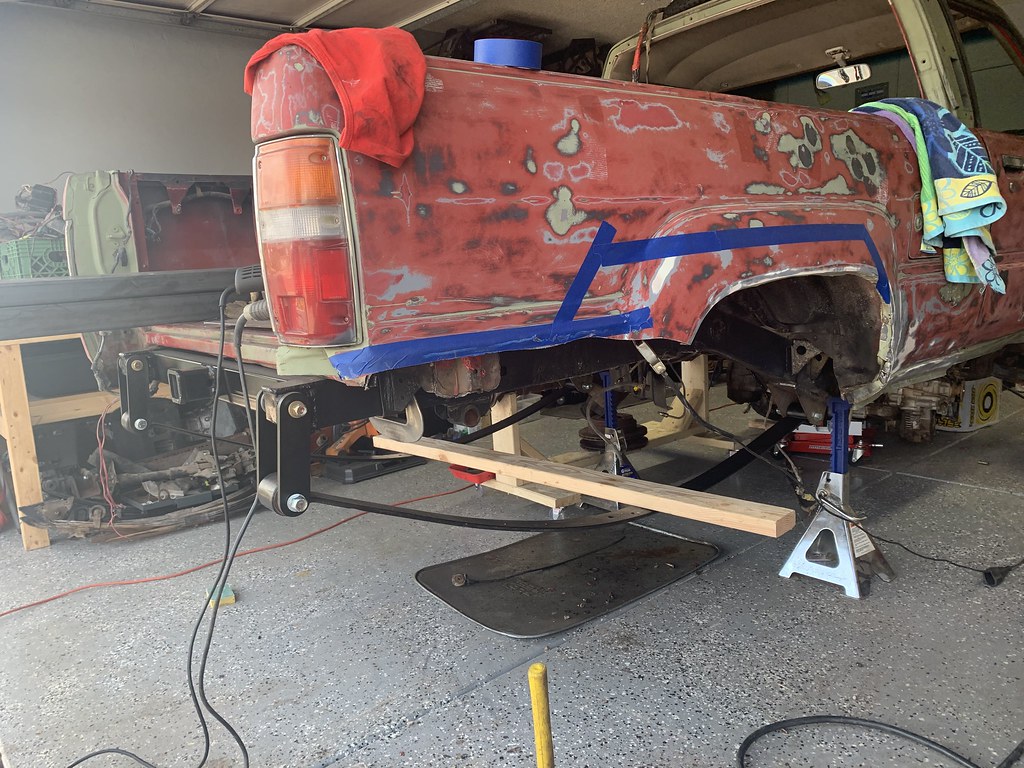 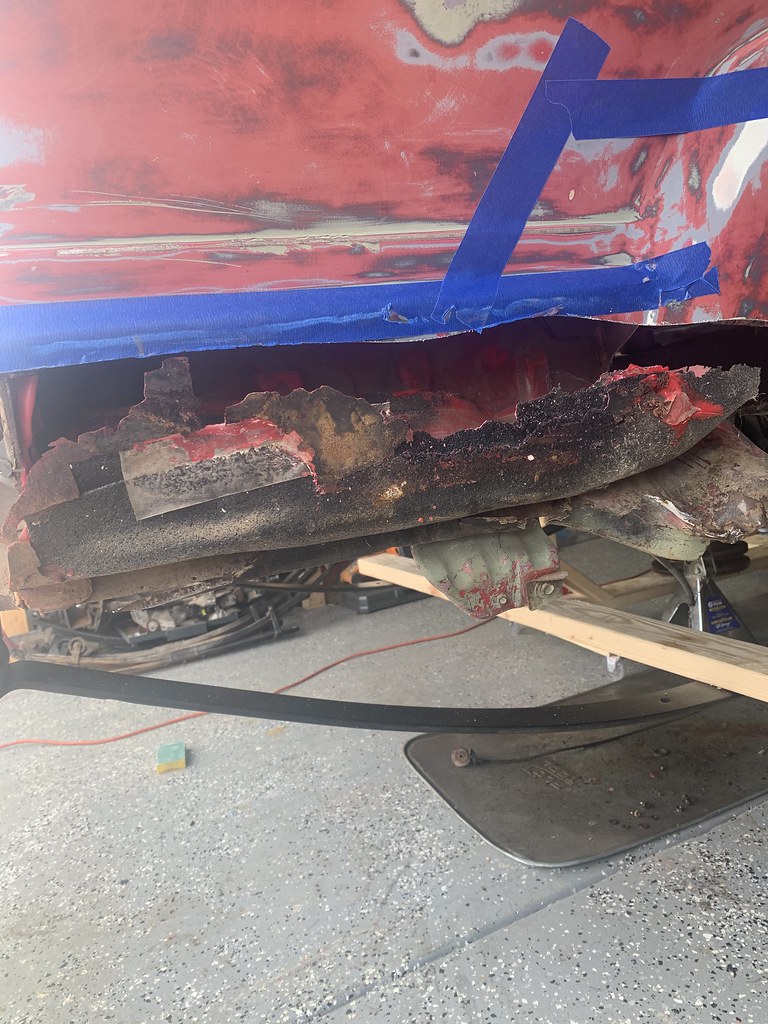 Aisin said:
I’m so glad I don’t have to work on rusty pieces of shit anymore. I feel your pain.
Click to expand...

Being from Arizona, I'm not used to rust :laughing:

The price was right for the rust and I knew I was going to cut the issue areas out. Now to get good metal in there so it doesn't fall apart on the trail.
A

YotaAtieToo said:
You going to run 42s? Why in the world would you want to be that long on 35s?
Click to expand...

The 35s are just rollers that came on the truck. I have 37s that will go on it and plan to run 40s down the road. I'm used to longer wheelbase rigs and want to keep the full length body.

I may find that it was a horrible plan and it is too long and i'll shorten it :homer:
A

Cut the IFS out with the plasma last night. 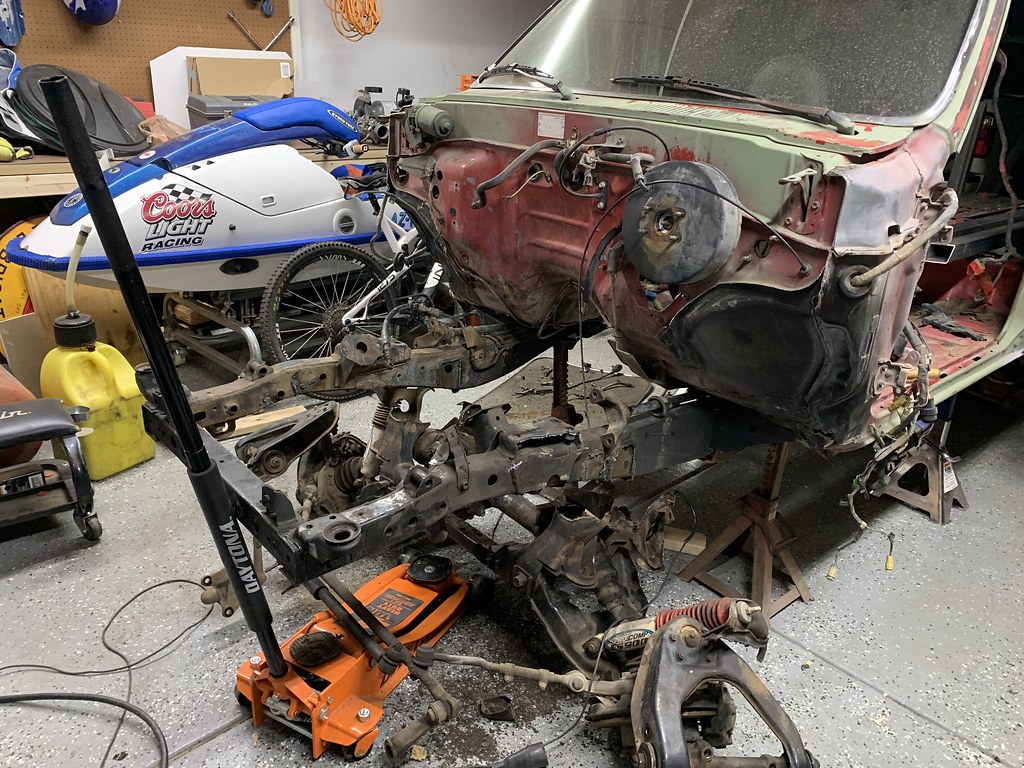 Joined Mar 8, 2011
·
43 Posts
Finally got some parts I ordered so I could hang the rear axle. Need to move the rear crossmember forward and fix the shackle angle 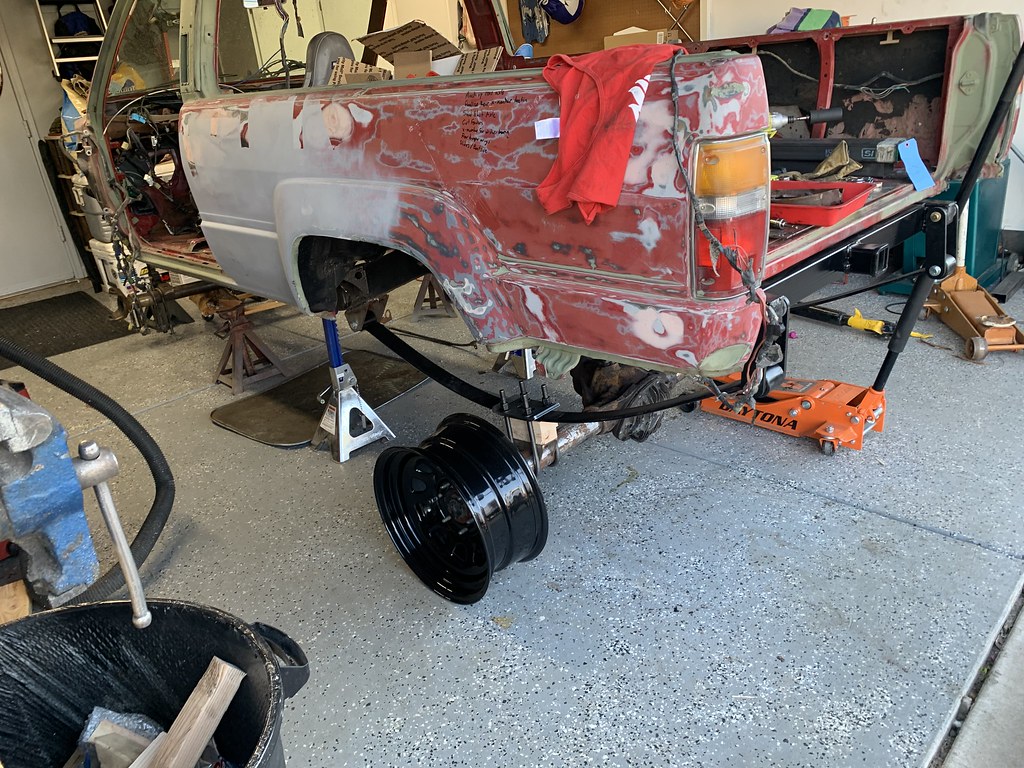 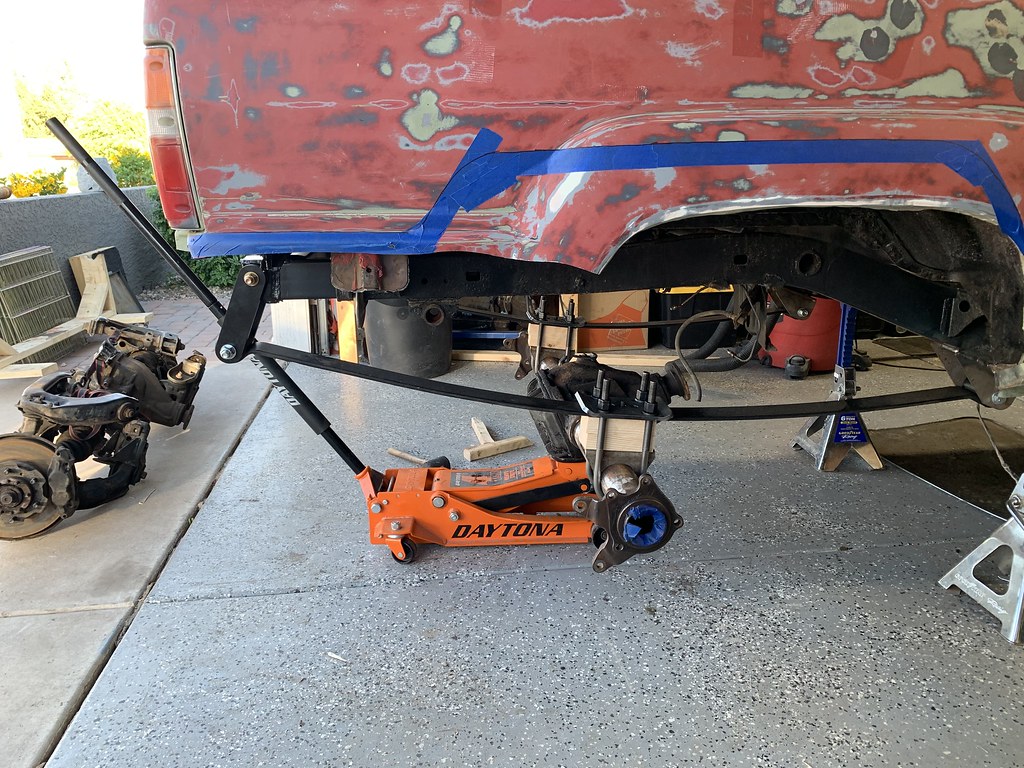 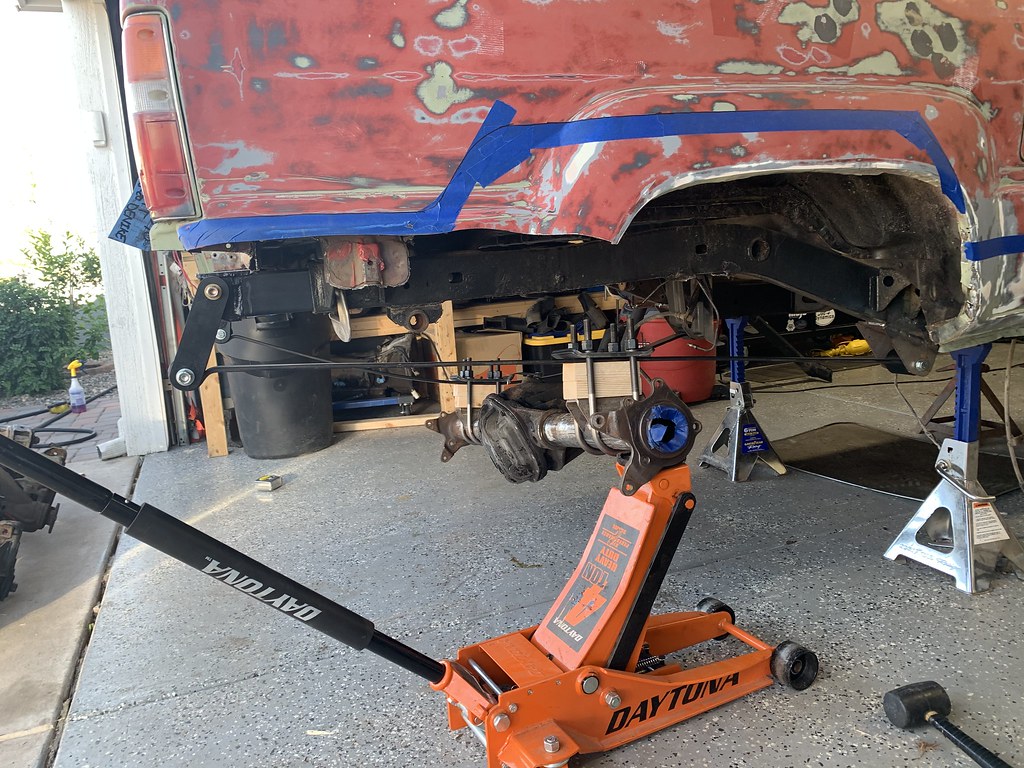 Joined Mar 8, 2011
·
43 Posts
Than I got the front cleaned up from the IFS. Also made some more cuts on the side of the truck for the mini boat side. Found 34 years worth of crap in the side of the 4runner. :barf: :laughing: 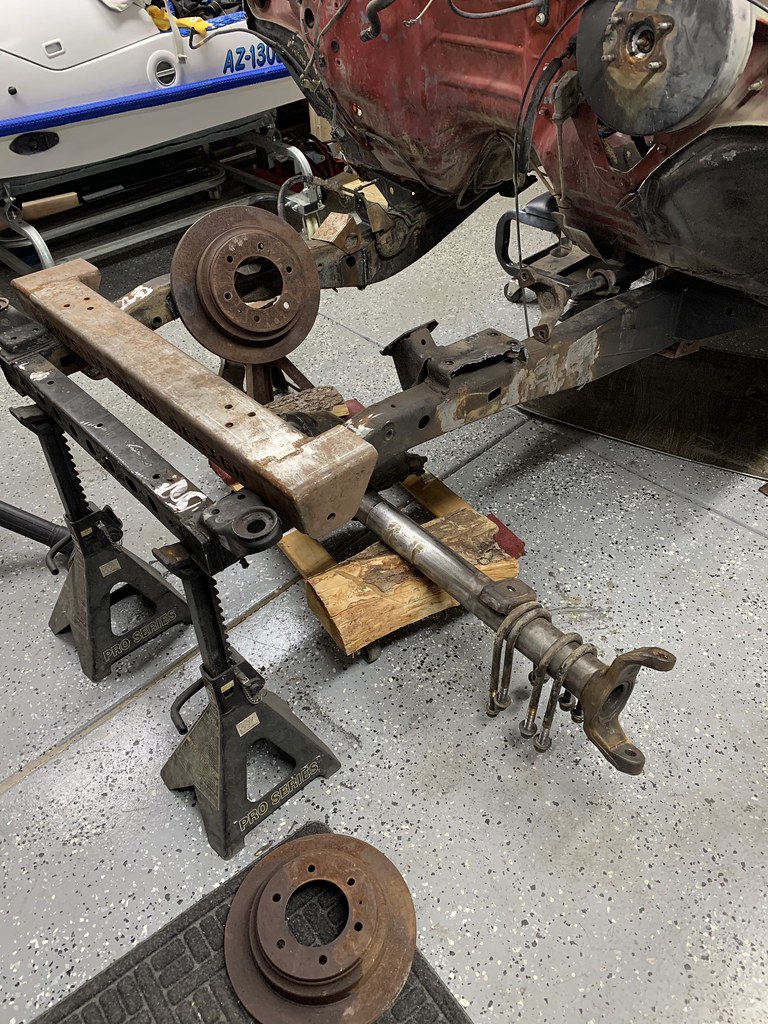 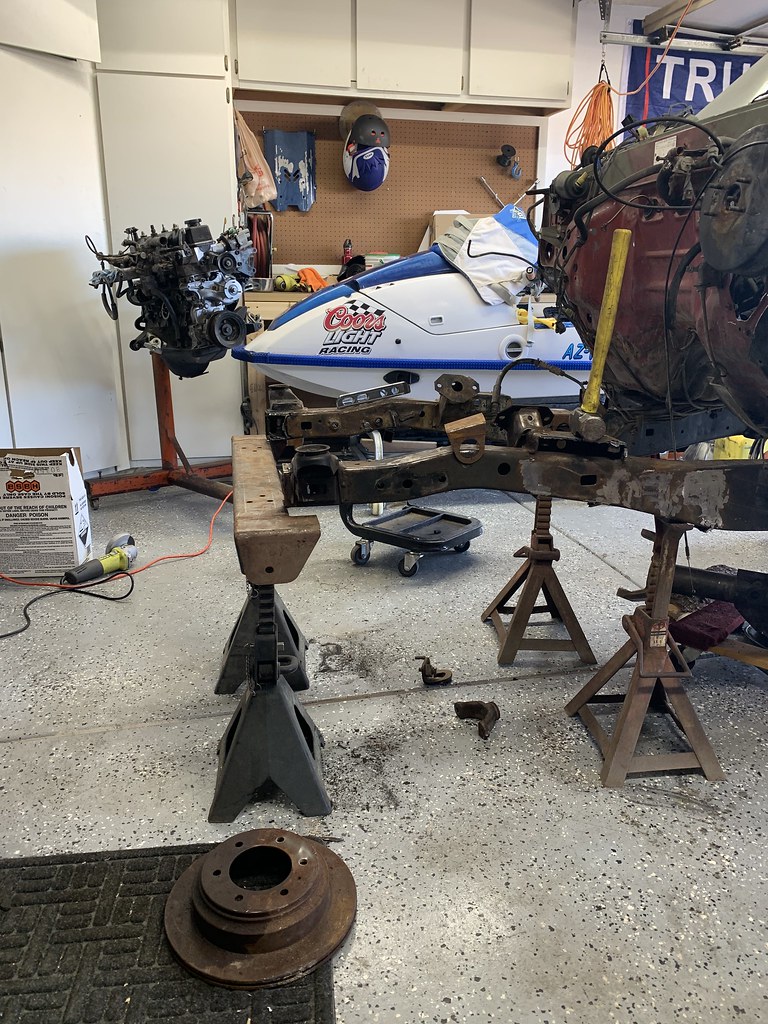 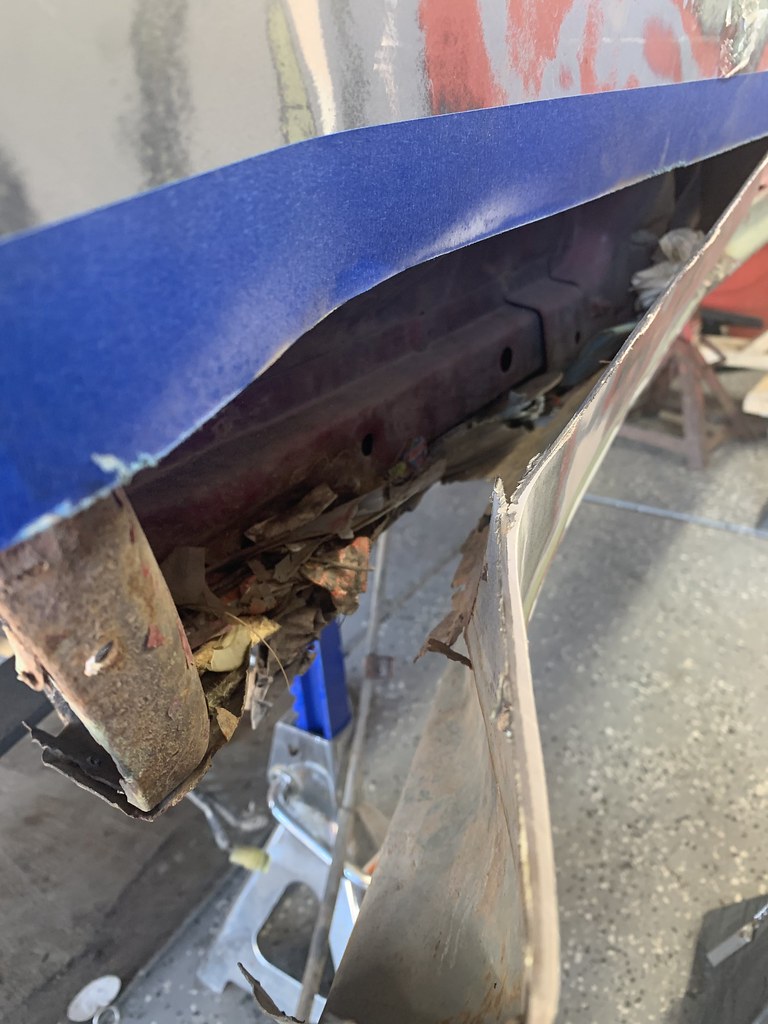 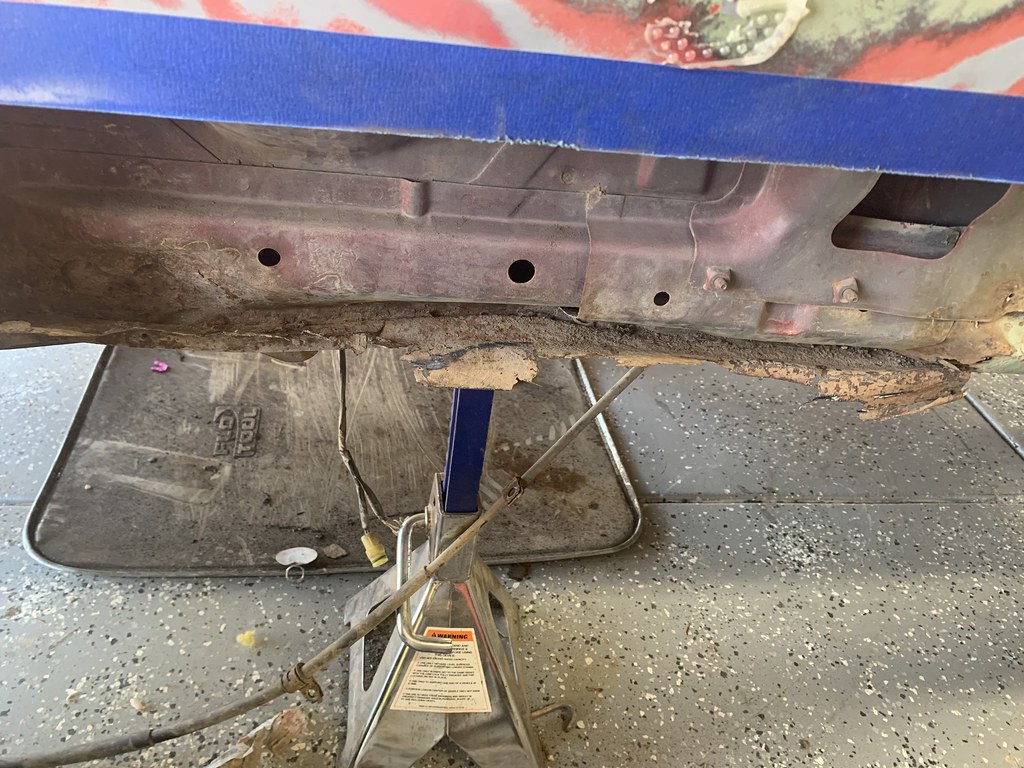 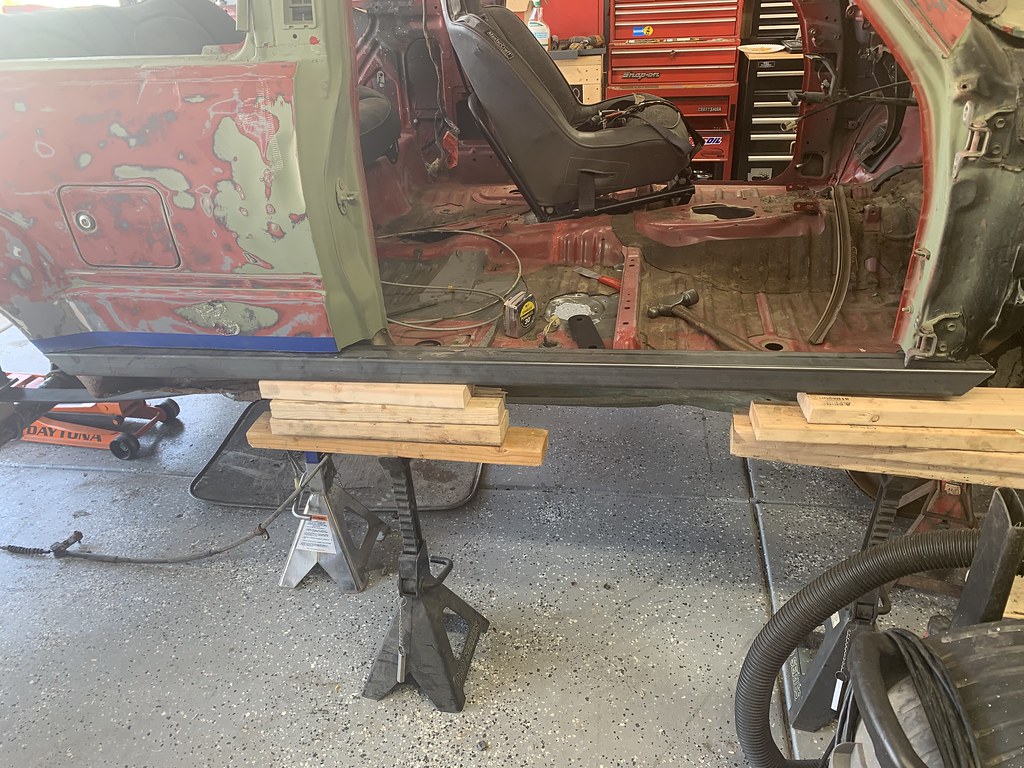 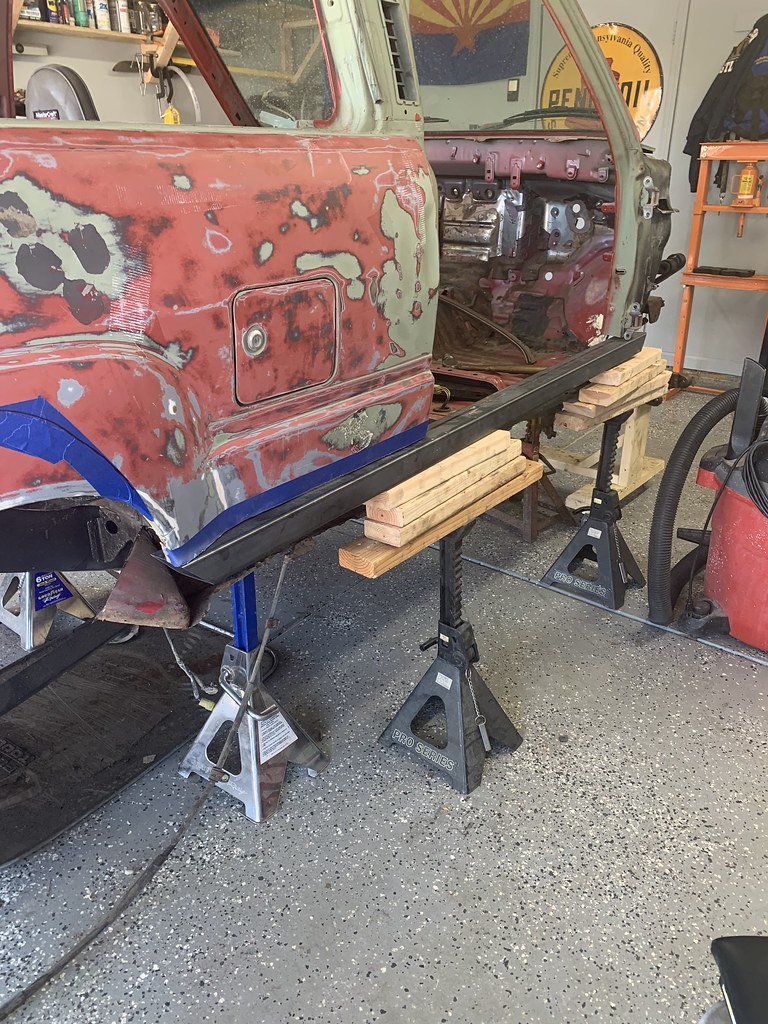 Joined Apr 23, 2006
·
602 Posts
Honestly, if you're going to all that work, and the drivetrain is already out, why not front half your frame. Set it up more like a factory solid axle truck. Then you'll have good uptravel without being stupid tall. I did this same project 12 years ago, and wish I had done it myself. Next variation of my build, I'm going to.

OOP'S;22004698 said:
Just because they art tight, does not mean they are good. Have you tried lubing them?
Click to expand...

Joined Dec 14, 2004
·
9,390 Posts
In. Kind of what I have in mind for my sons first build. Thinking of finding one in semi decent shape for his 15th birthday.
► Show Full Signature
The Artist Formerly Seen As Marion Cobretti
A

the78outlaw said:
Honestly, if you're going to all that work, and the drivetrain is already out, why not front half your frame. Set it up more like a factory solid axle truck. Then you'll have good uptravel without being stupid tall. I did this same project 12 years ago, and wish I had done it myself. Next variation of my build, I'm going to.

That’s really why I have not done anything on the front. I cleaned up the frame and started to measure how I was going to keep it low. I came to the same conclusion that I am going to make new frame rails.