Joined May 14, 2010
·
26 Posts
Howdy. Looking for pre unitized bearing ford dana 60 spindles, hubs, locking hubs, and hardware. I don't need the knuckles themselves, and don t need the rotors or calipers. I m also in the market for a married ford np205. I m going to be in need of a detroit truetrac for a 2001 ram dana 60. The parts need to be near the Houston area, and cash and carry, meaning I supply cash, and a handshake, and walk away with my parts.

I have several things for trade or sell, if anyone happens to need a 9.25 complete rearend out of a 2001 ram 1500 4x4, as well as the front end out of the same truck, both with 3.55 gearsets ( I think chrysler called them 3.54 for whatever reason, but my memory is hazy). I also have a couple of sets of 5.9 magnum heads. One set is off of an originial 60,000 mile engine that I upgraded, and includes pushrods, lifters, valve covers, and hardware, for any of you folk looking to do the LA engine upgrade. The other set of heads has at least a hundred billion trillion zillion miles, but came off of a running engine. I have some other misc. 5.9 magnum engine parts too, and a set of pretty cool aftermarket 20" wheels off of the same 2001 1500, 3 with maypop tires, and one without a tire. Also a full sized spare. Oh, also a new old stock factory chrysler 5.9 cummins oil pump, and I think I have packratted syncros for a NV5600. Its been a good many years since I worked for chrysler, so the dust comes free with the price of the parts. Price wise, I figure the front end and rearend with springs should be worth 150 each, and I seem to remember replacing the clutches in the rearend years ago, although there was something about the factory design that I didnt like. It works quite well, but I don't think that I liked the fact that it even had clutches (too many years ago). The 60,000 mile heads with all of the fixins I figure should be worth 250 ish, give or take. The aftermarket wheels with the spare 100 for all, though I never have had the center caps for those. The cummins oil pump... hell, just come by and drink a beer and talk about boats/motorcycles/ or wheeling, and that would be good enough for me. I may still have some cummins starters. Oh, and the older set of 5.9 heads... Well, I figure they re worth 80 for the pair, but for the right person that price could possibly be free. I ve got a set of westin tube type nerf bars off of a 2001 ram extended cab, and though they look nice, the way they mount is just terrible. I would rather trade some or all of this stuff for some of the parts in the above list. All parts are just east of Houston, in Dayton.

Make 2 lists. What you need and what you have.
Seperate them and clearly stated. 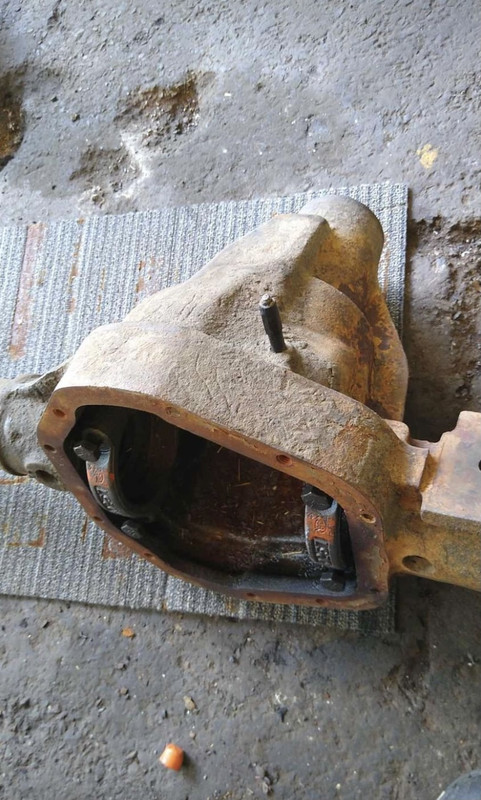 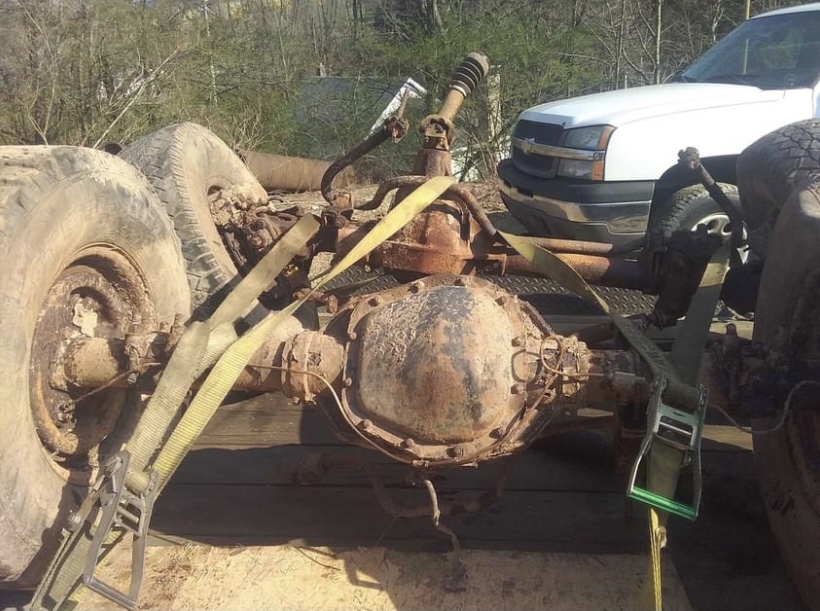 Daniellreland said:
I have 85-91 Ford Dana 60 kingpin housing. Bare housing, needs a good cleaning and a new home, sat under a tarp for a few years.
Price : $200
Location: Oakland

Oakland where? What state?
I have a friend here that needs one.
D


Sent from my iPhone using Tapatalk

Make 2 lists. What you need and what you have.
Seperate them and clearly stated.

Well, California may end up being an option. It seems that the few listed in Texas are already at "built up" prices, but I do my own work, and don't much care to pay for labor that I m more than capable of doing myself. I'm going to let the ad soak a few days to see if there are any folk that are closer on account that shipping one of those is probably 200 I would guess. I thought that I had separated my wanted items from my needed items, but I can see where it would be clearer in a shopping list type of format.

To the feller with the dana 60,Thank you for the response, but I m wanting pre unitized bearing ford spindles, hubs, locks, and so on. I'm converting a 2001 dodge dana 60 to free spin utilizing the redrilled spindle method.

Its funny how the world works... I was done with all of this years and years ago, so I sold everything part wise that I now need. This will be my last one that I ll be capable of finishing, so I'm just trying to get the last few parts that I need without buying a bunch of items that I'll never get to use.

1989 Jeep Cherokee
Joined Apr 29, 2010
·
2,169 Posts
Just read everything has to be in Houston for you to buy it. If you change your mind let me know and I can mail you my manual locking Ford hubs and you can send me money.

I also have outer stub shafts. Both from a 1989 F350 kingpin axle. Oh and the differential cover.
7

H8DWINGS said:
Just read everything has to be in Houston for you to buy it. If you change your mind let me know and I can mail you my manual locking Ford hubs and you can send me money.

I also have outer stub shafts. Both from a 1989 F350 kingpin axle. Oh and the differential cover.
Click to expand...

Well, regarding the ford 205, I naturally would rather buy it locally, as it would be like trying to ship a box of cinderblocks. But the hubs, spindles, and so on I wouldn t necessarily mind mail order, as long as it was with someone like you that is well established in the community.
7

Joined May 14, 2010
·
26 Posts
I see that the scammers are still out in force. Guy contacted me that joined 22 minutes ago with a link to a friend that has parts. Clear back in 2010 when I joined I had the same sort of thing.
1 - 11 of 11 Posts
Join the discussion
Continue with Facebook
Continue with Google
or sign up with email
About this Discussion
10 Replies
4 Participants
Last post:
70dodge 11 d ago
Pirate 4x4
A forum community dedicated to custom off-road vehicle owners and enthusiasts. Come join the discussion about trail reports, builds, performance, modifications, classifieds, troubleshooting, fabrication, drivetrain, and more!
Full Forum Listing
Explore Our Forums
General 4x4 Discussion Toyota - Truck and 4Runner Vehicles and Trailers For Sale Axles/Tires/Wheels For Sale Jeep - Hardcore Tech
Recommended Communities